Recently I have been playing a fun game that incorporates both cards and miniatures maneuvering on a game board. Solo-play rules I came up with for this game worked so well that I’m certain some aspects may prove useful to others interested in crafting a solo-engine for card games. Part 1 deals with creation considerations and part 2 gives a description of an actual solo-card system.

Terminology:
Player= the human player
SO= the Solo-Opponent
Hit-points= some games use a life point system. When all HP are gone a player is doomed.
Graveyard= the card discard pile, that may sometimes return cards into play.

1.     Looking at the SO’s hand is necessary, but gives the Player an unfair advantage since the SO cannot see the Player’s hand.

2.     Cards that allow players the ability to look at an opponent’s cards or at cards in the pick-up Deck favor only the Player.

3.     How does the Player handle situations fairly that require the discarding of cards from the SO’s Hand?

4.     What parameters dictate SO decision making?

1.     Normally, this cannot be avoided but may be made less of an issue by giving the SO a significant advantage. Perhaps, always allowing the SO to act first/last (whichever is most advantageous).

3.     Carefully studying the game rules should give insight into which cards are more expendable than others. For example: Healing cards are very important, but not so much for a player that has no heal-able units in play.


4.     Decisions as to whether or not to attack, defend, flee or which cards to use immediately and which to save for later use, should be based primarily on which cards are in the SO’s Hand. Cards in a graveyard or level of hit-points can also create mitigating factors.
Posted by Unknown at 12:54 PM No comments:

The Book of Five Rings and Wargaming

This article is not so much a review of The Book of Five Rings, as it is an observation of its relevance to wargaming. Whether battling across a table-top or playing the latest strategic/tactical video-game, Miyamoto Musashi’s book will prove useful to all wargamers. The table below features four Classical Elements and their corresponding military aspects.

In campaigns, the four Classical Elements can also anticipate potential conflicts and unrest.

Omitted from these tables is the last and most intriguing Element called “Void”, a state of transcendent skill and awareness concerning the four Elements. Any wargamer capable of achieving this state, would appear to others as being extremely lucky.

The Battle of Waterloo, 1815
Napoleon’s plan to weaken the British with artillery (wind) was thwarted by the Duke of Wellington ordering his men to fallback behind the cover of a hill (water). Misinterpreting the Duke’s maneuver as a retreat, the French launch a massive cavalry charge (fire), which is greeted by the British infantry arrayed in a series of defensive squares (earth).

In applying principles found within The Book of Five Rings, do not think of the Elements as being superior to each other. The Elements are ever flowing and changing, never static. 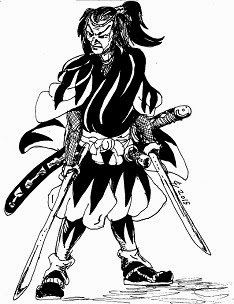 Posted by Unknown at 8:48 AM No comments:

Personality as the Decisive Factor

Despite being a long time study of military history, I would often lose battles against even the most novice of players. While analyzing this "below average" track record, and considering every win and defeat, a distinct pattern emerged: shock tactics. Sadly, this propensity towards the glorious charge extended to every era, much to the dismay of any player unlucky enough to had teamed-up with me in a rifle & machine gun period game.

On the subject of rating commanders for solo-play games, there are four "Command Styles", which simulate the personality of any General in history.

Cunning
This commander places great emphasis on planning and guile. By the time an enemy realizes he has fallen into a trap, it is far too late. Historic examples include Hannibal, Napoleon, Sun Tzu and Shaka Zulu.

Flexible
This commander is able to quickly adapt to changing situations that would spell disaster for a less resourceful General. Historic examples include Ramses II, Meade at Gettysburg, The Duke of Wellington at Waterloo and Edward the Black Prince.

Heroic
This commander believes in taking bold decisive actions to win the day. Gallantry in the face of overwhelming odds motivate the troops to greatness. This motivation can lead to victory, disaster or a mixture of both. Historic examples include Alexander the Great, Pyrrhus, Joan of Arc and Robert E. Lee at Gettysburg.